﻿John Purser is one of Scotland’s most important cultural ambassadors. His award-winning radio series and book, ‘Scotland’s Music', is widely regarded as the essential authority on the subject. He is an award-winning composer, playwright and author, as well as a champion of Scottish Gaelic, and continues to bring new passion to the Scottish cultural landscape.﻿

New CDs
Autumn Voices is a collection of interviews with Scottish writers over the age of 70. John appears in the book both as interviewee and interviewer. Old friends and colleagues such as Sheena Blackhall, Stewart Conn, Alasdair Gray and Carl MacDougall are there along with several leading writers.
​
​ 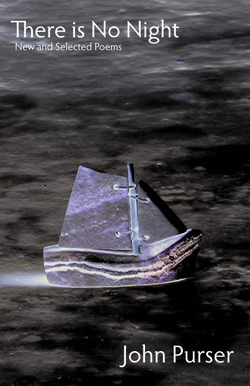 John's new and selected poems, "There is No Night" (Kennedy & Boyd), is available from the Store on this site and from the publishers and on Amazon.

. . . various, and inescapable, the world John Purser makes for
us in his poems, as in his music and his scholarship, is archipelagic,
characterised by diversity and depths, bright sunlit perceptions and
profundities of insight into the nature of the earth itself . . . " (Professor Alan Riach, Introduction)

"an admirable volume of work from the poet and scholar also responsible for the ground-breaking BBC series Scotland's Music." (Lesley Duncan, The Herald, November 1, 2014)


"Steeped in the natural world . . . John Purser's There Is No Night . . . generously and penetratingly illumines the arts, religion, philosophy and the interplay of affections. Rigorously crafted and themed, these poems radiate deep insight and wisdom." (Stewart Conn, The Herald 29.11.14.)
​
With help from Creative Scotland and Sabhal Mor Ostaig, John has released an exciting collection of his musical works on three CDs.  Here's what some of the critics have to say:


“These works are heartfelt, clear, rugged and peculiar, sometimes stark, often filmic. The influences they contain are unmistakable – a musical summation, almost, of Purser’s free-wheeling career. There are pipe pibrochs and baroque forms, modernist studies and Gaelic poetry. And, rarely far from the surface, the seas and mountains of Skye.” Kate Molleson, The Herald, Wednesday July 8th 2015.

"﻿  an hour’s worth of absolutely gorgeous music in the most seductive instrumental and vocal settings, all magically played and sung by the listed artists. (Jerry Dubins, Fanfare, July-August, 2014)
﻿﻿

". . . both academically interesting and viscerally appealing. . . .  an atavistic, neo-primitive style which is both brave and compelling.” (Roger Thomas International Record Review, April 2014.)


"I love the expressivity of John Purser's music, and the way it is clear his compositions portray exactly what he wants. His writing is always expert and idiomatic." (Colin Clarke, Fanfare, July-August 2014)


"The Flute and the Cello Sonatas, the Suite for solo violin, and Carrier Strike are . . .  equal to anything written at the same time by other composers." (John France, musicwebinternational, May, 2014)

Find out more and have a listen here